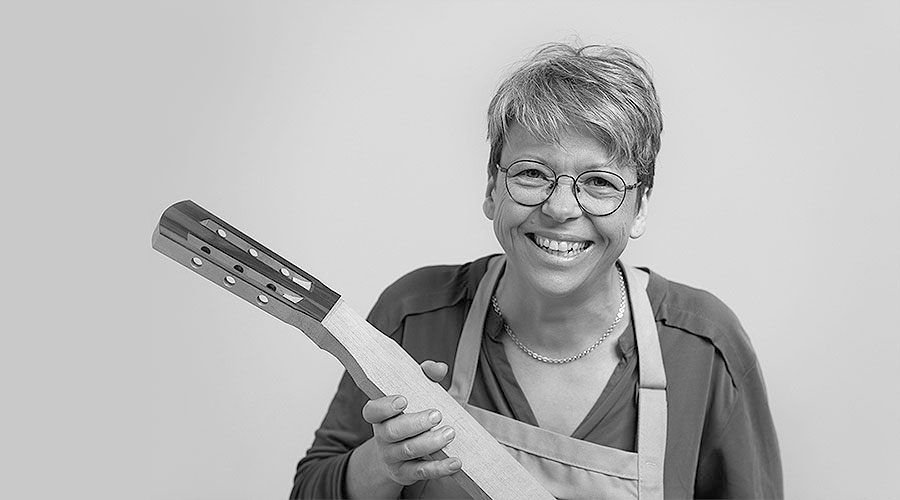 Angela Waltner passed her apprenticeship and her studies in Mittenwald and Markneukirchen, two German traditional centres of musical instrument making. In that time she also studied various aspect of the European 19th and early 20th century’s history of guitar making.

Since 2002 Angela Waltner has her workshop in Berlin – Prenzlauer Berg, where she focuses on building traditional classical guitars.

A concert given by a chamber ensemble of the Berliner Phiharmoniker and guitar was the initial experience for her goal to create a guitar sound that can keep up with the richness and brightness of the orchestral instruments. For the development of her instruments Angela Waltner stood – partly over years – in exchange with musicians and sound specialists such as Joaquin Clerch, Karl Sandvoss, Benno Streu and André Burguete. Dealing intensively with the sound characteristics of old Spanish guitars – at the same time inspired by the German tradition of guitar making and a patent Hermann Hauser I obtained in 1921 she created a top construction that combines both traditions.
Angela’s guitars are rather light-weight instruments. With their strong vibrational activity, excellent playability and responsiveness the musician has an immediate access to a clear, well balanced sound.

Due to her own acoustical research during a master course that she graduated in 2017, Angela Waltner obtained a deeper understanding of the vibrational behavior and the projection of the guitar. This also helped her to expand her ability of sound optimization in which she is particularly experienced. 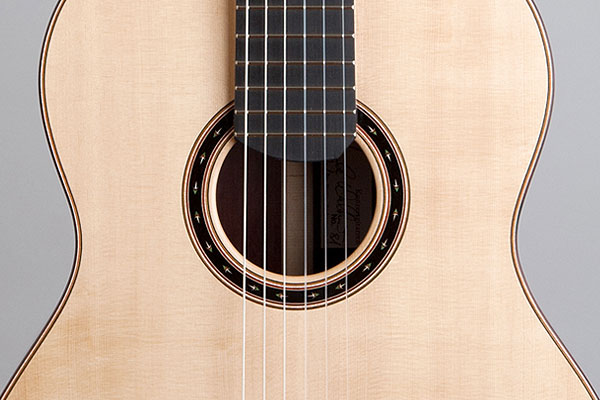 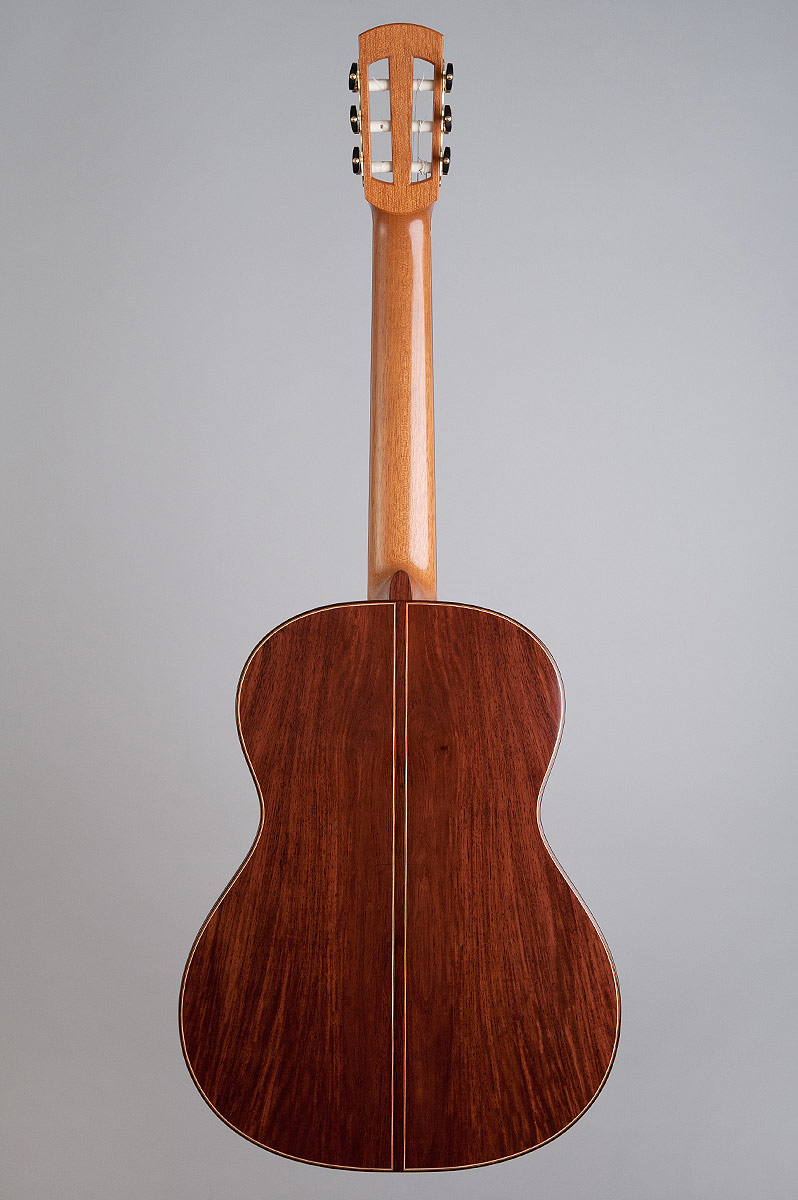 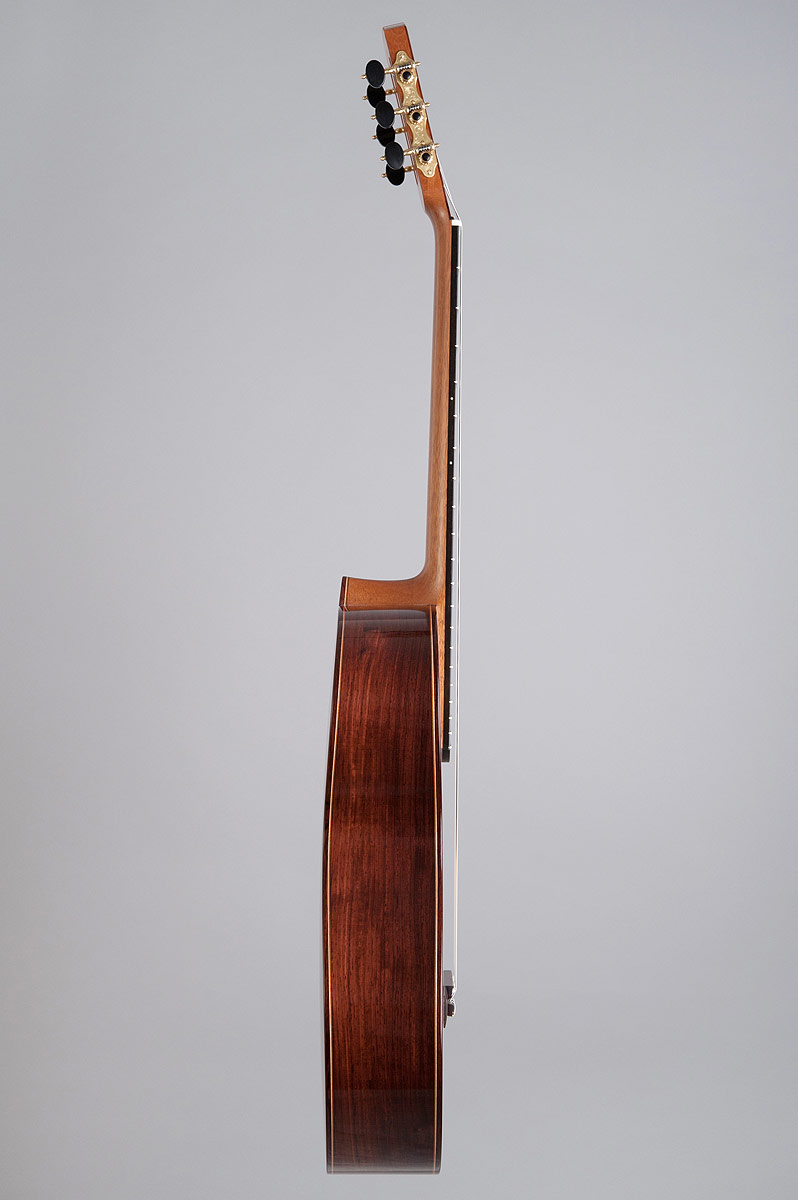 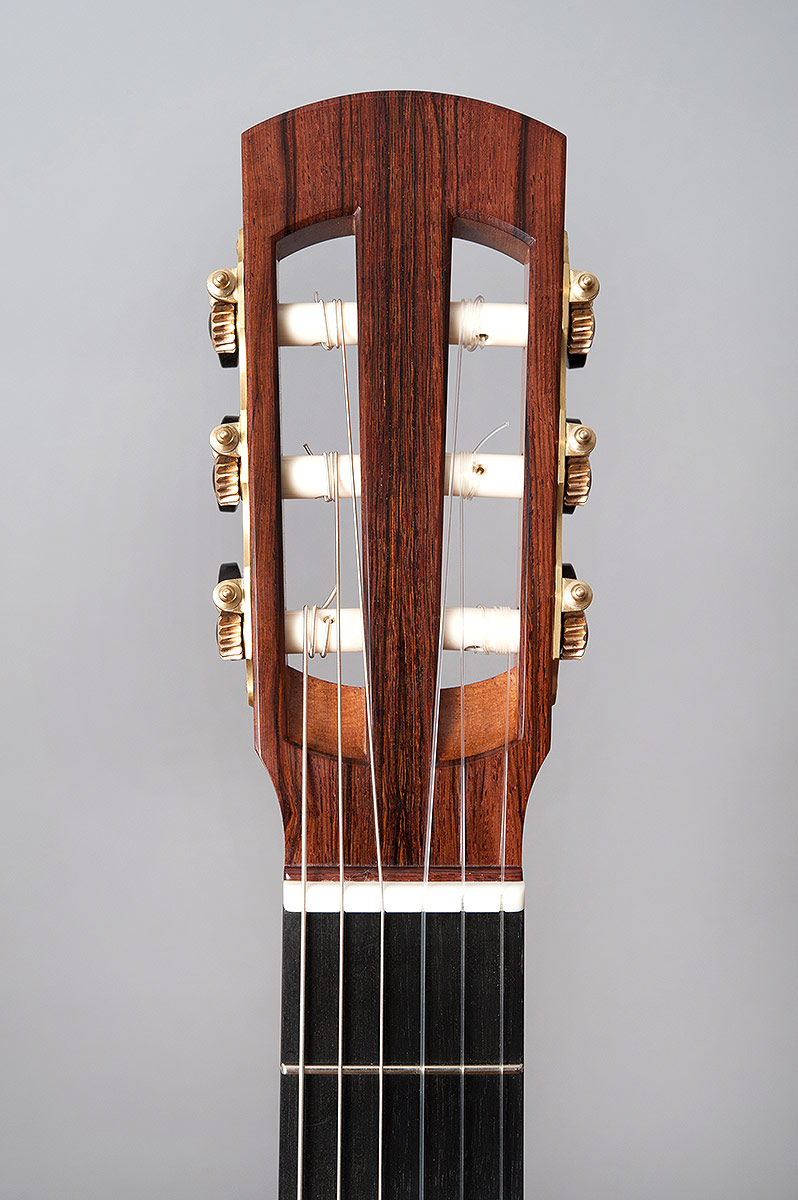 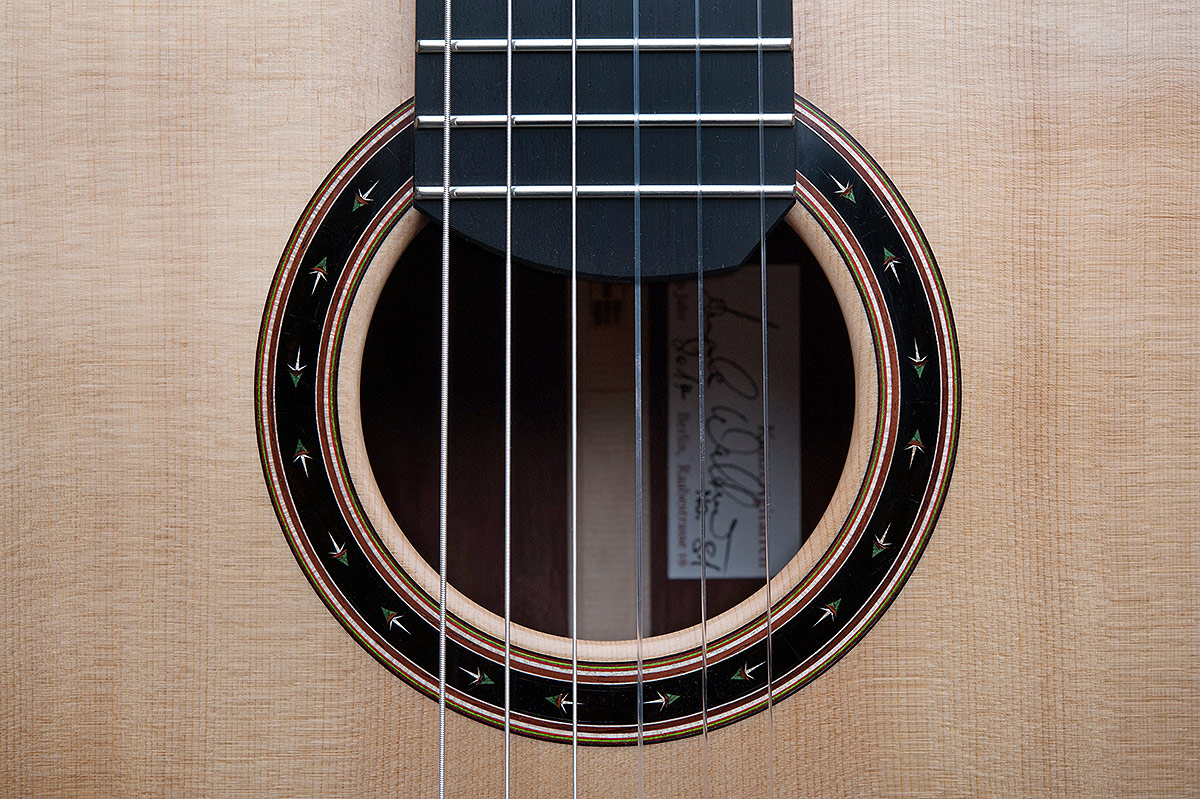 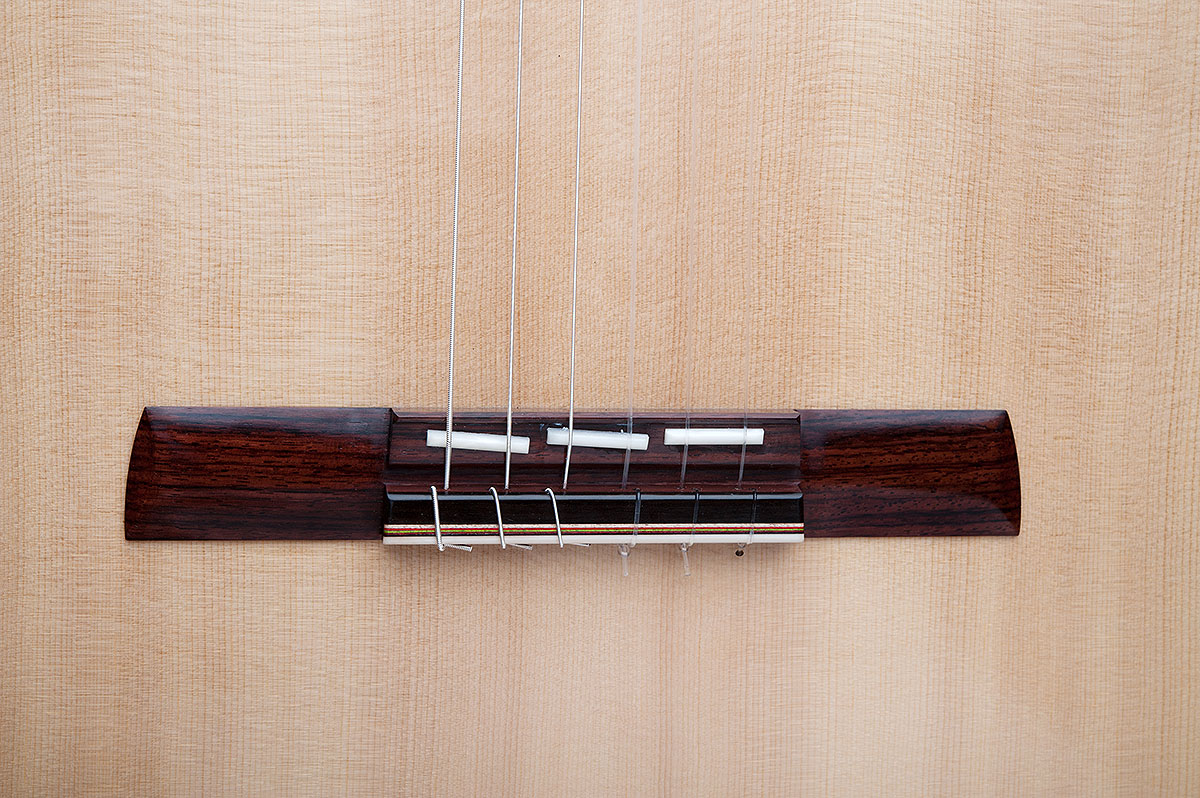 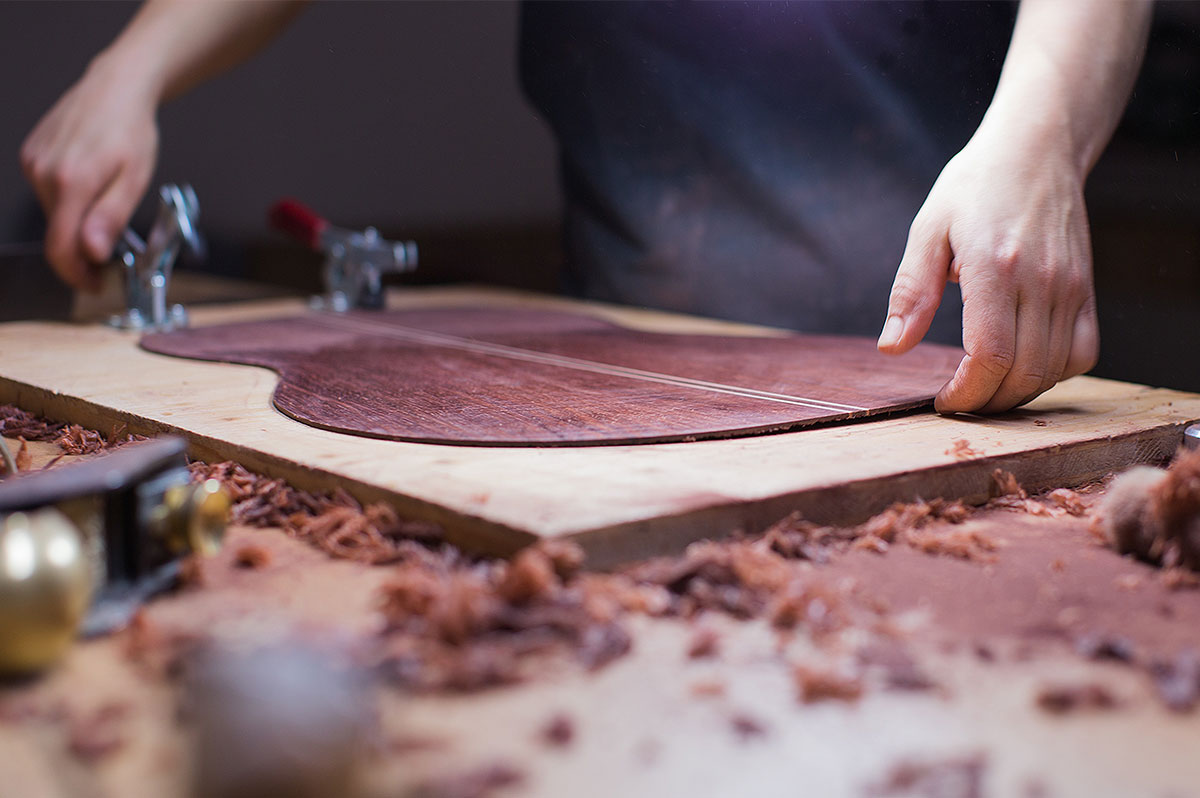